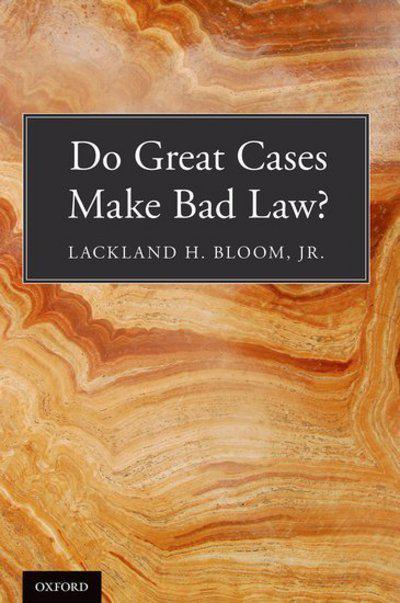 "Great cases like hard cases make bad law" declared Justice Oliver Wendell Holmes, Jr. in his dissenting opinion in the Northern Securities antitrust case of 1904. His maxim argues that those cases which ascend to the Supreme Court of the United States by virtue of their national importance, interest, or other extreme circumstance, make for poor bases upon which to construct a general law. Frequently, such cases catch the public's attention because they raise important legal issues, and they become landmark decisions from a doctrinal standpoint. Yet from a practical perspective, great cases could create laws poorly suited for far less publicly tantalizing but far more common situations. Lackland H. Bloom, Jr. tests Justice Holmes' dictum in Do Great Cases Make Bad Law? He analyzes in detail the history of the Supreme Court's great cases, from Marbury v. Madison in 1803, to National Federation of Independent Business v. Sebelius, the Patient Protection and Affordable Care Act case in 2012. He treats each case with its own chapter, and explains why the Court found a case compelling, how the background and historical context affected the decision and its place in constitutional law and history, how academic scholarship has treated the case, and how the case integrates with and reflects off of Justice Holmes' famous statement. In doing so, Professor Bloom draws on the whole of the Supreme Court's decisional history to form an intricate scholarly understanding of the holistic significance of the Court's reasoning in American constitutional law. 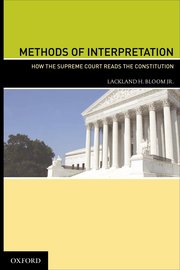