Although diplomacy increasingly takes place in non-traditional settings that are increasingly non-Western, our debates about diplomacy still focus on traditional points of contact such as the conference table, the ministerial office and the press conference. This book is framed as a discussion on whether increasing globalisation and the rise of powers such as China, India and Brazil will precipitate a crisis in diplomacy; it also tackles the problem of diplomatic Eurocentrism head on. The author, who has broad working experience of diplomacy, reflects on sites that range from the dining table - - a quotidian and elementary meeting place where all kinds of business is settled amid a variety of culturally specific but little-known practices - - via the civil-war interstices where diplomats from third parties try to facilitate and mediate conflict, to grand diplomatic extravaganzas, the object of which is to overwhelm the other party. In a media age, popular understanding of diplomacy is a force to be reckoned with, hence the book discusses how diplomacy is represented in an almost wholly overlooked space, namely that of popular culture. The author concludes that, far from being in crisis, diplomatic activity is increasingly in evidence in a variety of sites. Rather than being a dying art, in today's globalised world it positively thrives. 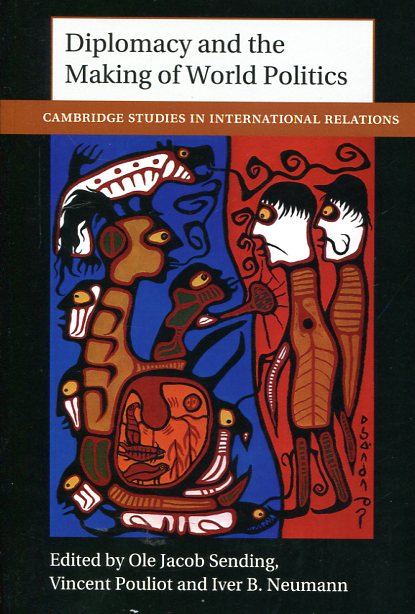 Diplomacy and the making of world politics