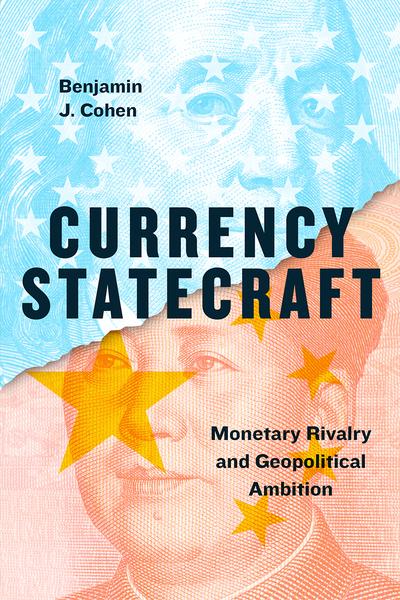 At any given time, a limited number of national currencies are used as instruments of international commerce, to settle foreign trade transactions or store value for investors and central banks. How countries whose currencies gain international appeal choose to use this status forms their strategy of currency statecraft. In different circumstances, issuing governments may welcome and promote the internationalization of their currency, tolerate it, or actively oppose it. Benjamin J. Cohen offers a provocative explanation of the strategic policy choices at play. In a comprehensive review that ranges from World War II to the present, Cohen convincingly argues that one goal stands out as the primary motivation for currency statecraft: the extent of a country's geopolitical ambition, or how driven it is to build or sustain a prominent place in the international community. When a currency becomes internationalized, it generally increases the power of the nation that produces it. In the persistent contestation that characterizes global politics, that extra edge can matter greatly, making monetary rivalry an integral component of geopolitics. Today, the major example of monetary rivalry is the emerging confrontation between the US dollar and the Chinese renminbi. Cohen describes how China has vigorously promoted the international standing of its currency in recent years, even at the risk of exacerbating relations with the United States, and explains how the outcome could play a major role in shaping the broader geopolitical engagement between the two superpowers.