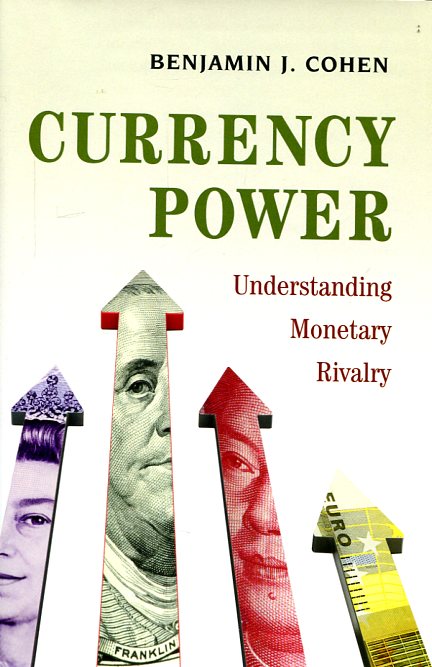 Monetary rivalry is a fact of life in the world economy. Intense competition between international currencies like the US dollar, Europe's euro, and the Chinese yuan is profoundly political, going to the heart of the global balance of power. But what exactly is the relationship between currency and power, and what does it portend for the geopolitical standing of the United States, Europe, and China? Popular opinion holds that the days of the dollar, long the world's dominant currency, are numbered. By contrast, Currency Power argues that the current monetary rivalry still greatly favors America's greenback. Benjamin Cohen shows why neither the euro nor the yuan will supplant the dollar at the top of the global currency hierarchy. Cohen presents an innovative analysis of currency power and emphasizes the importance of separating out the various roles that international money might have. After systematically exploring the links between currency internationalization and state power, Cohen turns to the state of play among today's top currencies. The greenback, he contends, is the "indispensable currency"--the one that the world can't do without. Only the dollar is backed by all the economic and political resources that make a currency powerful. Meanwhile, the euro is severely handicapped by structural defects in the design of its governance mechanisms, and the yuan suffers from various practical limitations in both finance and politics. Contrary to today's growing opinion, Currency Power demonstrates that the dollar will continue to be the leading global currency for some time to come.