This book takes a refreshing look at the modern Middle East through the prisms of six cascading negative critical turning points. It identifies the seeds of a potential seventh generated by poor governance paradigms and exacerbated by geopolitical competition for the region's natural resources. The authors argue that this problem can only be effectively addressed through the development of endogenous good governance paradigms that are culturally appropriate, affordable and acceptable to the people of the Middle East, while meeting certain minimal criteria that ensure global moral and political cooperation. They conclude by proposing a set of recommendations designed to promote stability and security in the region and to enable its true potential as a vibrant, tolerant and innovative region to be realized. Now in paperback, this book includes a new afterword from the authors exploring the latest developments in the Middle East including the Arab Spring. It will appeal to a wide range of scholars in History, Political Science, International Relations and Middle Eastern studies. 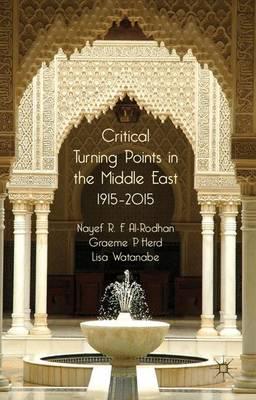