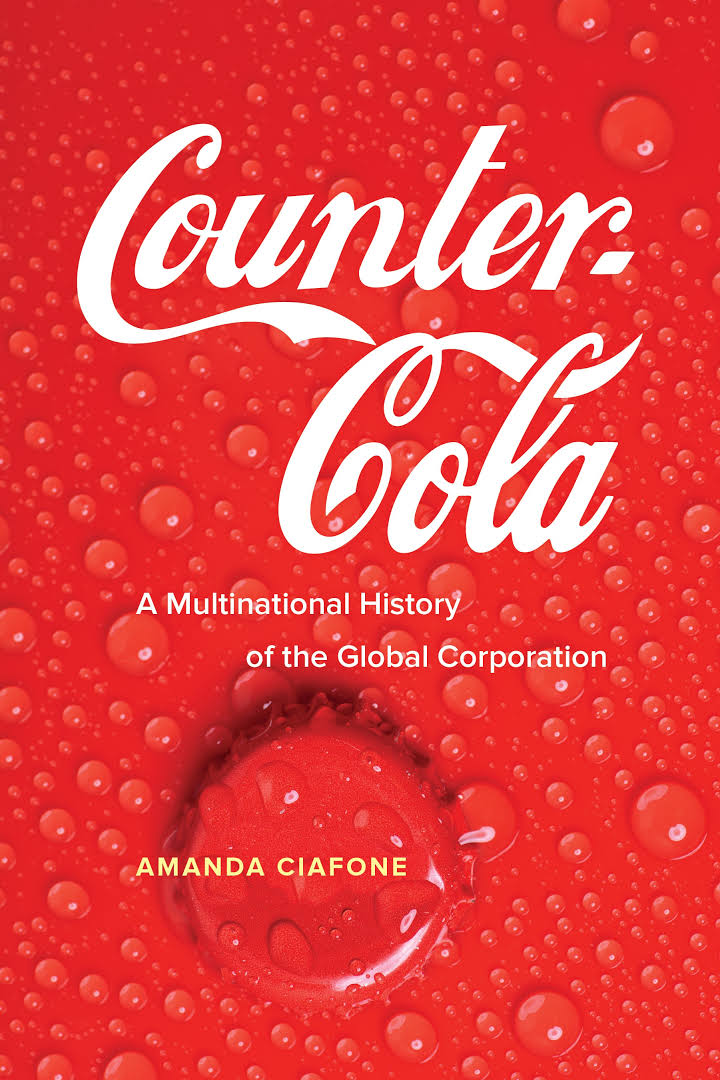 Counter-Cola
a multinational history of the global corporation

Counter-Cola charts the history of one of the world’s most influential and widely known corporations, The Coca-Cola Company. Over the past 130 years, the corporation has sought to make its products, brands, and business central to daily life in over 200 countries. Amanda Ciafone uses this example of global capitalism to reveal the pursuit of corporate power within the key economic transformations—liberal, developmentalist, neoliberal—of the twentieth and twenty-first centuries.

Coca-Cola's success has not gone uncontested. People throughout the world have redeployed the corporation, its commodities, and brand images to challenge the injustices of daily life under capitalism. As Ciafone shows, assertions of national economic interests, critiques of cultural homogenization, fights for workers’ rights, movements for environmental justice, and debates over public health have obliged the corporation to justify itself in terms of the common good, demonstrating capitalism’s imperative to either assimilate critiques or reveal its limits.

1 • The Coca-Cola Bottling System and the Logics of
the Franchise
2 • Mediating Coca-Colonization: Negotiating National Development
and Difference in Coca-Cola’s Postwar Internationalization
3 • “I’d Like to Buy the World a Coke”: The “Real Thing” and the
Revolutions of the 1960s
4 • Indianize or Quit India: Nationalist Challenges to
Coca-Cola in Postcolonial India
5 • A Man in Every Bottle: Labor and Neoliberal Violence in
Colombian Coca-Cola Bottling
6 • Water for Life, Not for Coca-Cola: Commodification, Consumption,
and Environmental Challenges in Neoliberal India
7 • CSR: Corporate Social Responsibility and Continued
Social Resistance, A Nonconclusion