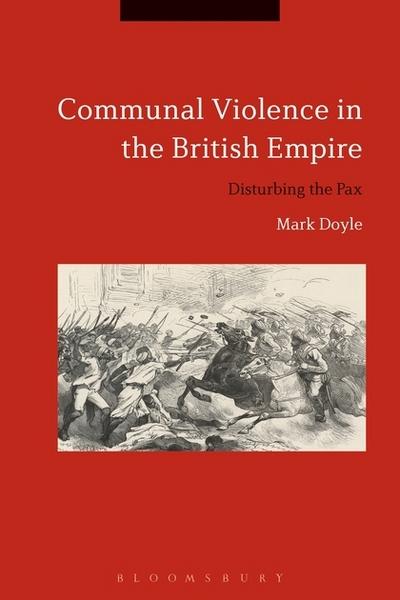 Communal violence in the British Empire
disturbing the Pax

Joint winner of the North American Conference on British Studies 2017 Stansky Book Prize for the best book on British Studies since 1800 Communal Violence in the British Empire focuses on how Britons interpreted, policed, and sometimes fostered violence between different ethnic and religious communities in the empire. It also asks what these outbreaks meant for the power and prestige of Britain among subject populations. Alternating between chapters of engaging narrative and chapters of careful, cross-colonial analysis, Mark Doyle uses outbreaks of communal violence in Ireland, the West Indies, and South Asia to uncover the inner workings of British imperialism: it's guiding assumptions, its mechanisms of control, its impact, and its limitations. He explains how Britons used communal violence to justify the imperial project even as that project was creating the conditions for more violence. Above all, this book demonstrates how communal violence exposed the limits of British power and, in time, helped lay the groundwork for the empire's collapse. This book shows how violence, and the British state's handling thereof, was a fundamental part of the imperial experience for colonizer and colonized alike. It offers a new perspective on the workings of empire that will be of interest to any student of imperial or world history.