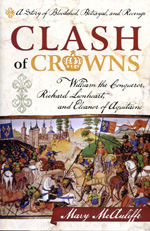 Clash of crowns
William the Conqueror, Richard Lionheart and Eleanor of Aquitaine: a story of bloodshed, betrayal and revenge

Conflict between England and France was a fact of life for centuries, but few realize that its origins date from the time of the Vikings, when a Norse chieftain named Rollo established himself and his progeny in Normandy. In this compelling and entertaining history, Mary McAuliffe takes the reader back to those dark and turbulent times when Rollo's descendants, the dukes of Normandy, asserted their dominance over the weak Frankish monarchy--a dominance that became especially threatening after Duke William conquered England in 1066, giving him a royal crown. Despite this crown, William the Conqueror and his royal successors remained dukes of Normandy, with feudal obligations to their overlord, the king of France. This naturally fostered an ongoing hostility between the French and English crowns that, as McAuliffe convincingly shows, became ever more explosive as the strength and territorial holdings of the English monarchs grew. Conflict erupted regularly over the years, and Eleanor of Aquitaine's desertion of one camp for the other only added fuel to the long-simmering feud. McAuliffe takes the reader back to this dramatic era, providing the fascinating background and context for this "clash of crowns." She offers colorful insights into Richard Lionheart and Eleanor of Aquitaine as well as lesser-known French and English monarchs, especially Philip II of France. Philip (later called Philip Augustus) proved a determined opponent of Richard Lionheart, and their cut-throat rivalry not only created fatal divisions within the Third Crusade, but also culminated in an explosive faceoff at Richard's newly built Chateau-Gaillard, the seemingly impregnable gateway to empire. The outcome would shape the course of English and French history for centuries to come. 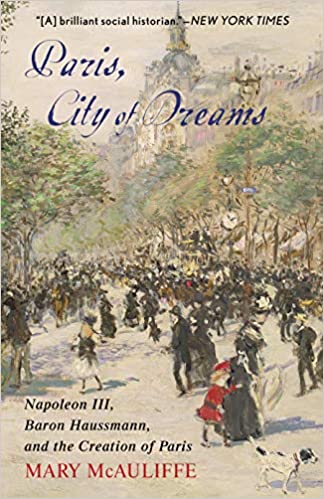