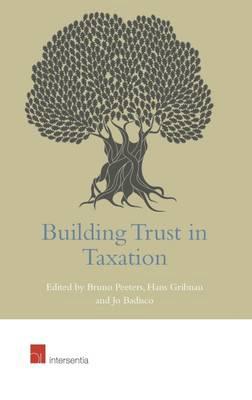 The contemporary tax landscape is experiencing a legitimacy crisis caused by macro-economic disturbances in the past decade, as well as numerous revelations in the media such as Swissleaks, Luxleaks and the Panama Papers. This crisis has resulted in people losing trust in their government and in corporations, thereby becoming more reluctant to give their share of money for redistribution.Why are states or collective institutions not able to generate the sufficient level of trust that would enable them to collect enough revenue? Who or what is responsible for the decline in trust? What are the key factors contributing to the decline in trust? Why do the levels of trust differ between states? Is this strictly a fiscal issue, meaning that we should search for the root of the issue only in the properties of tax systems and the differences between tax systems? Or are there institutional structures and political ideologies which differ from state to state that might be able to explain this difference?Written by experts in their field and with an interdisciplinary perspective Building Trust in Taxation analyses a topical issue which is integral to the development of society.