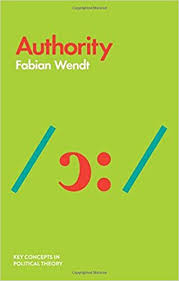 From citizens paying taxes to employees following their bosses' orders and kids obeying their parents, we take it for granted that a whole range of authorities have the power to impose duties on others. However, although authority is often accepted in practice, it looks philosophically problematic if we conceive persons as free and equals. In this short and accessible book, Fabian Wendt examines the basis of authority, discussing five prominent theories that try to explain how claims to authority can be vindicated. Focusing in particular on the issue of how states can rightfully claim authority, he rigorously analyses the theories' arguments and evaluates their strengths and weaknesses. He also debates anarchism as an alternative that should be taken seriously if no theory ultimately succeeds in explaining state authority. This clear and engaging book will be essential reading for anyone grappling with the most fundamental questions of authority and obligation in political theory and political philosophy.