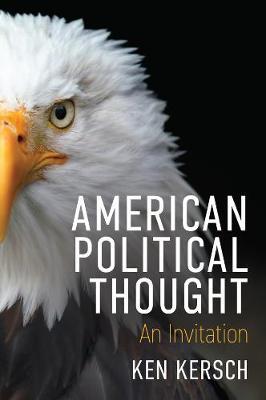 Award-winning scholar Ken Kersch's engaging introduction situates the key debates in their historical, political and cultural context. He introduces the touchstone frameworks and ideas that are both deeply ingrained and yet have been actively re-made in a country that has spent 250 years of shifting circumstances battling over their real-world implications. Covering thinkers ranging from Jefferson to Rawls, Du Bois to Audre Lorde, he examines the ambiguities of the purportedly 'consensus' American principles of liberty, equality, and democracy as well as addressing questions ranging from 'What are the foundations of a legitimate political order?' and 'What is the appropriate role of government?' to 'What are the appropriate terms of full civic membership ?' - and beyond.

Politically balanced and inclusive, American Political Thought introduces the contested terrain concerning these core political questions as they were raised over the course of the USA's often dramatic history.