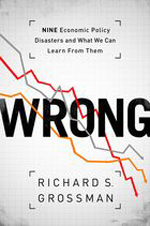 In recent years, the world has been rocked by major economic crises, most notably the devastating collapse of Lehman Brothers, the largest bankruptcy in American history, which triggered the breathtakingly destructive sub-prime disaster. What sparks these vast economic calamities? Why do our economic policy makers fail to protect us from such upheavals?

In Wrong, economist Richard Grossman addresses such questions, shining a light on the poor thinking behind nine of the worst economic policy mistakes of the past 200 years, missteps whose outcomes ranged from appalling to tragic. Grossman tells the story behind each misconceived economic move, explaining why the policy was adopted, how it was implemented, and its short- and long-term consequences. In each case, he shows that the main culprits were policy makers who were guided by ideology rather than economics. For instance, Wrong looks at how America's unfounded fear of a centralized monetary authority caused them to reject two central banks, condemning the nation to wave after wave of financial panics. He describes how Britain's blind commitment to free markets, rather than to assisting the starving in Ireland, led to one of the nineteenth century's worst humanitarian tragedies- the Irish famine. And he shows how Britain's reestablishment of the gold standard after World War I, fuelled largely by a desire to recapture its pre-war dominance, helped to turn what would otherwise have been a normal recession into the Great Depression. Grossman also explores the Smoot-Hawley Tariff of 1930, Japan's lost decade of the 1990s, the American subprime crisis, and the present European sovereign debt crisis.

ÍNDICE:
1. Introduction
2. How to Lose an Empire without Really trying: British Imperial Policy in North America
3. Establish, Disestablish, Repeat: The First and Second Banks of the United States
4. The Great Hunger: Famine in Ireland, 1846-1852
5. The Krauts Will Pay: German Reparations after World War I
6. Shackled with Golden Fetters: Britain's Return to the Gold Standard, 1925-1931
7. Trading Down: The Smooth-Hawley Tariff, 1930
8. Why Didn't Anyone Pull the Andon Cord? Japan's Lost Decade
9. The Worst Financial Crisis Since the Great Depression: The Subprime Meltdown
10. I'm OK. Euro not OK?
11. What Have We Learned? Where Do We Go From Here? 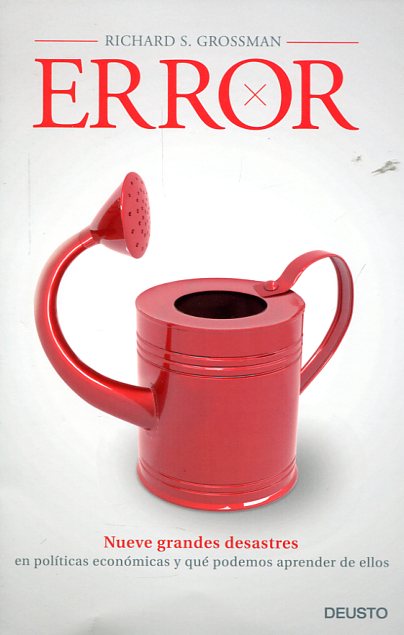