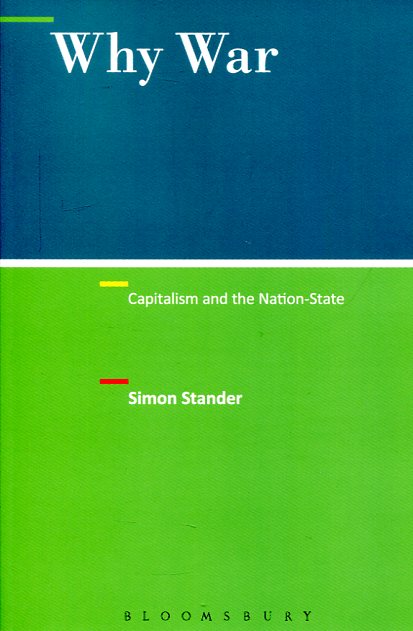 Why war
capitalism and the Nation-State

This groundbreaking survey explains why war remains predominant in today's world by showing how the spread of nationalism and capitalism has brought about modern warfare. It argues that the key explanation for modern conflict, which is characterized by violent conflicts between nation-states, civil war, and wars over resources, rests in the dialectical relationship between nation-states and capitalist modes of production, where nations have finite boundaries that capitalism seek to transcend in search of increased profits. Discussing issues such as globalization, global capitalism, North and Latin American continental policies, the nature of democracy, decolonization, and technology and military industrial complexes, this unique work challenges common approaches to international relations and peace studies. This innovative, accessible work provides new insights into the causes and nature of modern war that will appeal to any student concerned with peace and violent conflict within the various fields of international relations, political economy, peace studies, and more.