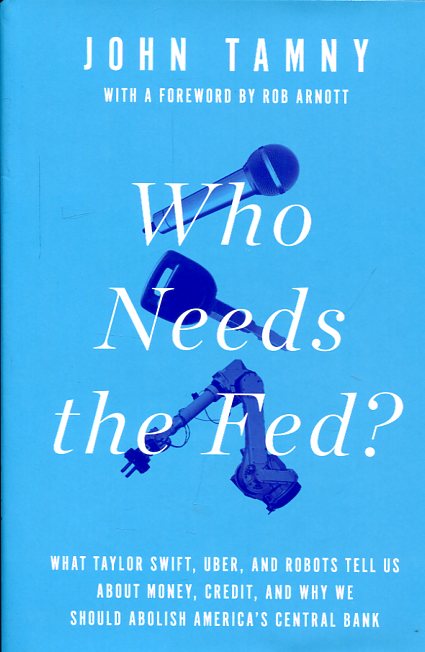 Who needs the fed?
what Taylor Swift, Uber, and robots tell us about money, credit, and why we should abolish America's Central Bank

The Federal Reserve is one of the most disliked entities in the United States at present, right alongside the IRS. Americans despise the Fed, but they're also generally a bit confused as to why they distrust our central bank. Their animus is reasonable, though, because the Fed's most famous function--targeting the Fed funds rate--is totally backwards. John Tamny explains this backwardness in terms of a Taylor Swift concert followed by a ride home with Uber. In modern times, he points out, the notion of credit has been perverted, so that most people believe it's money and that the supply of it can therefore be increased. This false notion has aggrandized the Fed with power that it can't possibly use wisely. The contrast between the grinding poverty of Baltimore and the abundance of Silicon Valley helps illustrate the problem, along with stories about Donald Trump, Robert Downey Jr., Jim Harbaugh (the Michigan football coach), and robots. Who Needs the Fed? makes a sober case against the Federal Reserve by explaining what credit really is, and why the Fed's existence is inimical to its creation. Readers will come away entertained, much more knowledgeable, and prepared to argue that the Fed is merely superfluous on its best days but perilous on its worst.