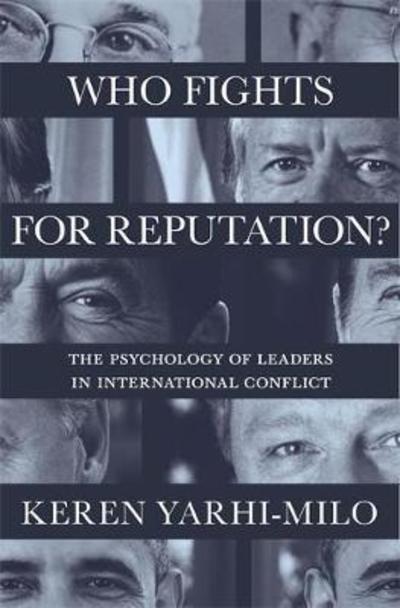 Who fights for reputation
the psychology of leaders in international conflict

In Who Fights for Reputation, Keren Yarhi-Milo provides an original framework, based on insights from psychology, to explain why some political leaders are more willing to use military force to defend their reputation than others. Rather than focusing on a leader's background, beliefs, bargaining skills, or biases, Yarhi-Milo draws a systematic link between a trait called self-monitoring and foreign policy behavior. She examines self-monitoring among national leaders and advisers and shows that while high self-monitors modify their behavior strategically to cultivate image-enhancing status, low self-monitors are less likely to change their behavior in response to reputation concerns.

Exploring self-monitoring through case studies of foreign policy crises during the terms of U.S. presidents Carter, Reagan, and Clinton, Yarhi-Milo disproves the notion that hawks are always more likely than doves to fight for reputation. Instead, Yarhi-Milo demonstrates that a decision maker's propensity for impression management is directly associated with the use of force to restore a reputation for resolve on the international stage.

Who Fights for Reputation offers a brand-new understanding of the pivotal influence that psychological factors have on political leadership, military engagement, and the protection of public prestige.