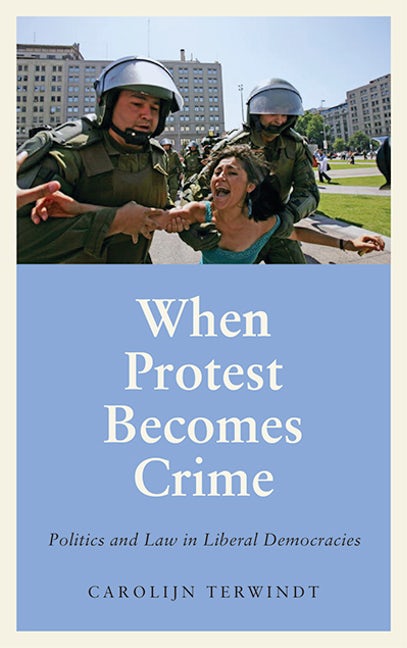 When protest becomes crime
politics and Law in liberal democracies

How does protest become criminalised? Applying an anthropological perspective to political and legal conflicts, Carolijn Terwindt urges us to critically question the underlying interests and logic of prosecuting protesters.*BR**BR*The book draws upon ethnographic research in Chile, Spain, and the United States to trace prosecutorial narratives in three protracted contentious episodes in liberal democracies. Terwindt examines the conflict between Chilean landowners and the indigenous Mapuche people, the Spanish state and the Basque independence movement, and the United States' criminalisation of 'eco-terrorists.' Exploring how patterns and mechanisms of prosecutorial narrative emerge through distinct political, social and democratic contexts, Terwindt shines a light on how prosecutorial narratives in each episode changed significantly over time.*BR**BR*Challenging the law and justice system and warning against relying on criminal law to deal with socio-political conflicts, Terwindt's observations have implications for a wide range of actors and constituencies, including social movement activists, scholars, and prosecutors.