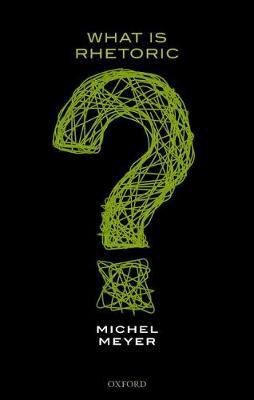 This book offers a new approach to the principles and functioning of rhetoric. In everyday life, we often debate issues or simply discuss questions. Rhetoric is the way in which we answer questions in an interpersonal context, when we want to have an effect on those with whom we are communicating. They can be convinced or charmed, persuaded or influenced, and the language used can range from reasoning to the sharing of narratives, literary or otherwise. What is Rhetoric? provides a breakthrough in the field, offering a systematic and unified view of the topic. The book combines the social aspects of rhetoric, such as the negotiation of distance between speakers, with the theory of emotions. All the principal authors from Plato and Aristotle to contemporary theorists are integrated into Michel Meyer's 'problematological' conception of rhetoric, based on the primacy of questioning and answering in language and thought. 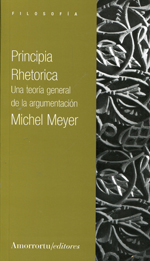