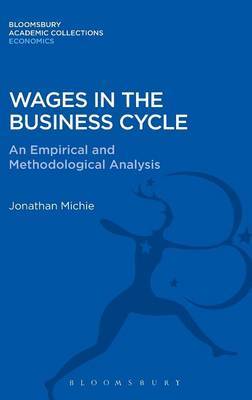 Wages in the business cycle
an empirical and methodological analysis

During prolonged economic recessions when the normal cyclical expansion of output fails to materialize, the topic of the 'cyclical behaviour of wages' has emerged as an area of debate. In 1985, the British Treasury claimed that academic studies into the cyclical behaviour of wages demonstrated that a cut in wages would increase employment. Wages in the Business Cycle contests this argument by presenting the results of original, empirical work which illustrates the absence of any systematic empirical regularity to wage movements over the business cycle. Jonathan Michie argues that the re-emergence of this debate must be seen within the context of the theory of the 'labour demand function', representing an attempt to challenge the Keynesian theoretical assumptions implicit in the bulk of applied macro economic work up to the late 1970s.

The handbook of globalisation