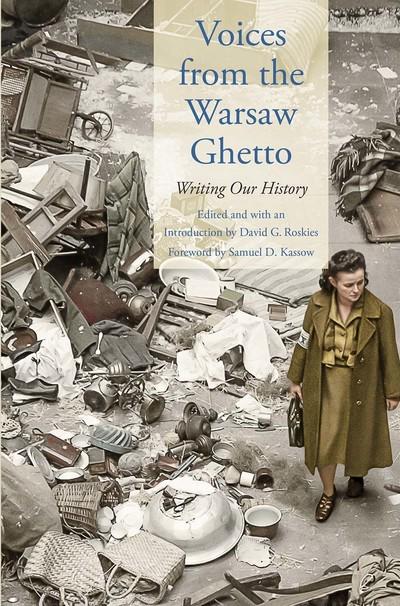 Voices from the Warsaw Ghetto
writing our history

Hidden in metal containers and buried underground during World War II, these works from the Warsaw Ghetto record the Holocaust from the perspective of its first interpreters, the victims themselves. Gathered clandestinely by an underground ghetto collective called Oyneg Shabes, the collection of reportage, diaries, prose, artwork, poems, jokes, and sermons captures the heroism, tragedy, humor, and social dynamics of the ghetto. Miraculously surviving the devastation of war, this extraordinary archive encompasses a vast range of voices-young and old, men and women, the pious and the secular, optimists and pessimists-and chronicles different perspectives on the topics of the day while also preserving rapidly endangered cultural traditions. Described by David G. Roskies as "a civilization responding to its own destruction," these texts tell the story of the Warsaw Ghetto in real time, against time, and for all time.