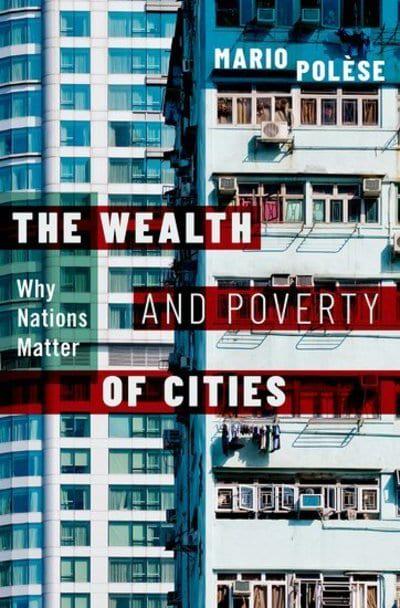 The wealth and poverty of cities
why nations matter

That some cities are vibrant while others are in decline is starkly apparent. In The Wealth and Poverty of Cities, Mario Polèse argues that focusing on city attributes is too narrow. Cities do not control the basic conditions that determine their success or failure as sources of economic growth and well-being. Nations matter because successful metropolitan economies do not spring forth spontaneously. The values, norms, and institutions that shape social relationships are national attributes. The preconditions for the creation of wealth-the rule of law, public education, and sound macroeconomic management among the most fundamental-are the responsibility of the state. By considering national fiscal and monetary policies and state policies governing the organization of cities, this book disentangles two processes: the mechanics of creating wealth and the mechanics of agglomeration or capturing wealth. Polèse explains the two-stage process in which the proper conditions must first be in place for the benefits of agglomeration to fully flower. Polèse interweaves evocative descriptions of various cities, contrasting cities that have been helped or hurt by local and national policies wise or ill-advised. From New York to Vienna, Buenos Aires to Port au Prince, the cities come to life. Throughout the book Polèse highlights four factors that help explain strengths and weaknesses of cities as foci of economic opportunity and social cohesion: institutions, people, centrality, and chance. The result is a nuanced and accessible introduction to the economy of cities and an original perspective on what needs to improve. Cities that have managed to produce livable urban environments for the majority of their citizens mirror the societies that spawned them. Similarly, cities that have failed are almost always signs of more deep-rooted failures. If the nation does not work, neither will its cities.