In Spain today the civil war remains 'the past that will not pass away'. The long shadow of the Second World War is now also bringing back centre frame its most disquieting aspects, revealing to a broader public the stark truth already known by specialist historians - that in Spain, as in the many other internecine wars soon to convulse Europe, war was waged predominantly upon civilians - millions were killed not by invaders and strangers, but by their own compatriots, including their own neighbours. Across the continent, Hitler's war of territorial expansion after 1938 would detonate a myriad 'irregular wars', of culture as well as of politics, which took on a 'cleansing' intransigence as those driving them sought to make 'homogeneous' communities, whether ethnic, political or religious. So much of this was prefigured with primal intensity in Spain in 1936, where, on 17-18 July, a group of army officers rebelled against the socially-reforming Republic. Saved from almost certain failure by Nazi and Fascist military intervention, and by a British inaction amounting to complicity, these army rebels unleashed a conflict in which civilians became the targets of mass killing. The new military authorities authorised and presided over an extermination of those sectors associated with Republican change - especially those who symbolised cultural change and thus posed a threat to old ways of being and thinking: progressive teachers, self-educated workers, 'new' women. In the Republican zone, resistance to the coup also led to the murder of civilians. This extra judicial and communal killing in both zones would fundamentally make new political and cultural meanings that changed Spain's political landscape forever. Helen Graham explores the origins, nature and long-term consequences of this exterminatory war in Spain, charting the resonant forms of political, social and cultural resistance to it and the memory/legacy these have left behind in Europe and beyond. Not least is our growing sense of the enormity of what, in greater European terms, the Republican war effort resisted: Nazi adventurism, and the continent-wide wars of ethnic and political 'purification' it would unleash. 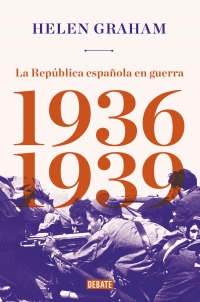 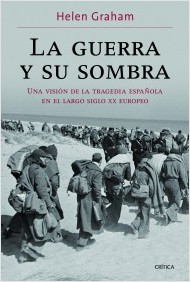 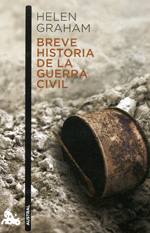