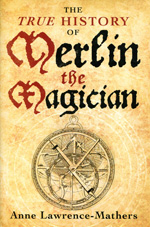 The true history of Merlin the Magician

Merlin the Magician has remained an enthralling and curious individual since the idea was first invented in the twelfth century in the pages of Geoffrey of Monmouth's "History of the Kings of Britain". But although the Merlin of literature and Arthurian myth is well known, Merlin's historical impact and his relation to medieval magic are less familiar. In this book Anne Lawrence-Mathers explores just who he was thought to be and what he has meant to Britain. The twelfth-century Merlin was no folk soothsayer: he was a learned figure at the cutting edge of medieval science and adept in astrology, cosmology, prophecy and natural magic, as well as being a seer and proto alchemist. He was a convincing and powerful figure and his famed prophecies helped to add credibility to the 'long lost' history of Britain, first revealed here to a European public. Merlin's prophecies reassuringly foretold Britain's path, establishing an ancient ancestral line and linking biblical prediction with more recent times. Merlin helped to place British history within world history. Lawrence-Mathers also explores the meaning of Merlin's magic across the centuries, arguing that he embodied ancient Christian and pagan magical traditions, recreated for a medieval court and adapted to fit a new moral climate. Linking Merlin's perceived reality and power with the culture of the Middle Ages, this remarkable book reveals the true impact of the most famous magician of all time. 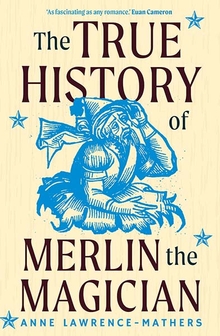 The true history of Merlin the magician