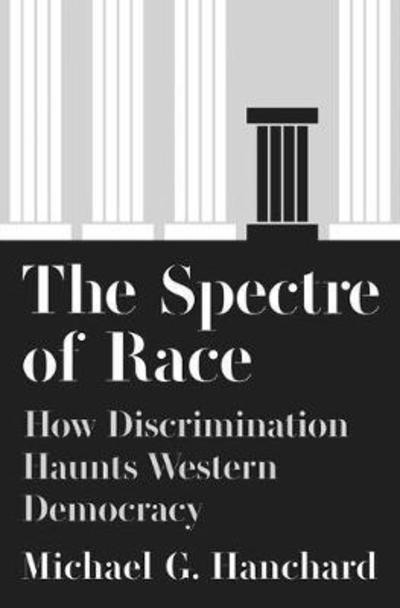 The spectre of race
how discrimination haunts Western democracy

As right-wing nationalism and authoritarian populism gain momentum across the world, liberals, and even some conservatives, worry that democratic principles are under threat. In The Spectre of Race, Michael Hanchard argues that the current rise in xenophobia and racist rhetoric is nothing new and that exclusionary policies have always been central to democratic practices since their beginnings in classical times. Contending that democracy has never been for all people, Hanchard discusses how marginalization is reinforced in modern politics, and why these contradictions need to be fully examined if the dynamics of democracy are to be truly understood.

Hanchard identifies continuities of discriminatory citizenship from classical Athens to the present and looks at how democratic institutions have promoted undemocratic ideas and practices. The longest-standing modern democracies--France, Britain, and the United States-profited from slave labor, empire, and colonialism, much like their Athenian predecessor. Hanchard follows these patterns through the Enlightenment and to the states and political thinkers of the late nineteenth and early twentieth centuries, and he examines how early political scientists, including Woodrow Wilson and his contemporaries, devised what Hanchard has characterized as "racial regimes" to maintain the political and economic privileges of dominant groups at the expense of subordinated ones. Exploring how democracies reconcile political inequality and equality, Hanchard debates the thorny question of the conditions under which democracies have created and maintained barriers to political membership.

Showing the ways that race, gender, nationality, and other criteria have determined a person's status in political life, The Spectre ofRace offers important historical context for how democracy generates political difference and inequality.