The soul of the greeks

The understanding of the soul in the West has been profoundly shaped by Christianity, and its influence can be seen in certain assumptions often made about the soul: that, for example, if it does exist, it is separable from the body, free, immortal, and potentially pure. The ancient Greeks, however, conceived of the soul quite differently. In this ambitious new work, Michael Davis analyzes works by Homer, Herodotus, Euripides, Plato, and Aristotle to reveal how the ancient Greeks portrayed and understood what he calls "the fully human soul." Beginning with the "Iliad", Davis lays out the tension within the soul of Achilles between immortality and life. He then turns to Aristotle's work to explore the consequences of the problem of Achilles across the whole range of the soul's activity. Moving to Herodotus and Euripides, Davis considers their shared understanding of the consequences for soul of the two extremes of culture - one rooted in stability and tradition, the other in freedom and motion - and explores how these extremes mark the limits of character. The book then turns, in the final part, to several Platonic dialogues to understand the soul's imperfection in relation to law, justice, tyranny, eros, the gods, and philosophy itself. Davis concludes with Plato's presentation of the soul of Socrates as self-aware and nontragic, even if it is necessarily alienated and divided against itself. 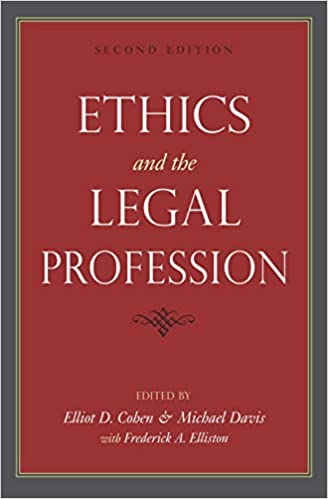 Ethics and the legal profession