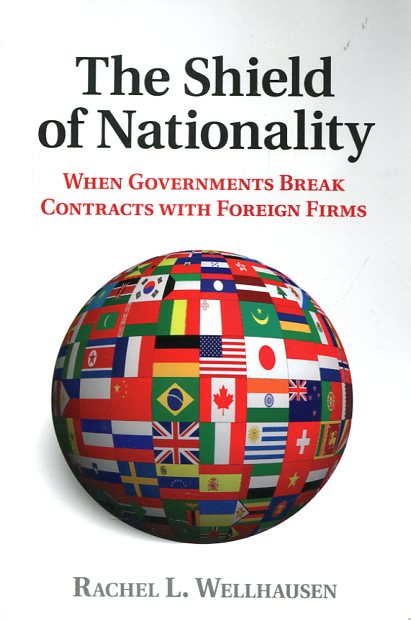 The shield of nationality
when governments break contracts with foreign firms

There is extraordinary variation in how governments treat multinational corporations in emerging economies; in fact, governments around the world have nationalized or eaten away at the value of foreign-owned property in violation of international treaties. This even occurs in poor countries, where governments are expected to, at a minimum, respect the contracts they make with foreign firms lest foreign capital flee. In The Shield of Nationality, Rachel Wellhausen introduces foreign-firm nationality as a key determinant of firms' responses to government breaches of contract. Firms of the same nationality are likely to see a compatriot's broken contract as a forewarning of their own problems, leading them to take flight or fight. In contrast, firms of other nationalities are likely to meet the broken contract with apparent indifference. Evidence includes quantitative analysis and case studies that draw on field research in Ukraine, Moldova, and Romania.