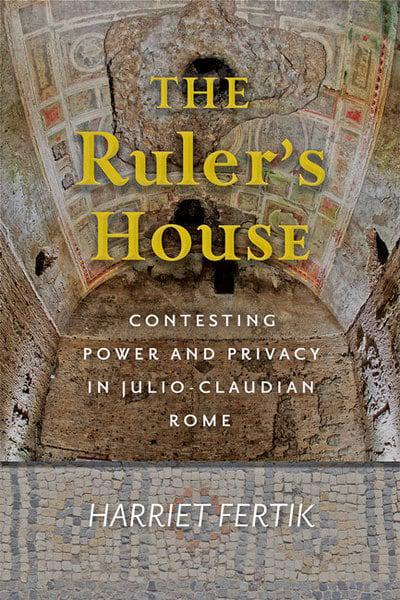 The Ruler's House
Contesting Power and Privacy in Julio-Claudian Rome

The Julio-Claudian dynasty, beginning with the rise of Augustus in the late first century BCE and ending with the death of Nero in 68 CE, was the first ruling family of the Roman Empire. Elite Romans had always used domestic space to assert and promote their authority, but what was different about the emperor's house? In The Ruler's House, Harriet Fertik considers how the emperor's household and the space he called home shaped Roman conceptions of power and one-man rule.

While previous studies of power and privacy in Julio-Claudian Rome have emphasized the emperor's intrusions into the private lives of his fellow elites, this book focuses on Roman ideas of the ruler's lack of privacy. Fertik argues that houses were spaces that Romans used to contest power and to confront the contingency of their own and others' claims to rule. Describing how the Julio-Claudian period provoked anxieties not only about the ruler's power but also about his vulnerability, she reveals that the ruler's house offered a point of entry for reflecting on the interdependence and intimacy of ruler and ruled.

Fertik explores the world of the Roman house, from family bonds and elite self-display to bodily functions and relations between masters and slaves. She draws on a wide range of sources, including epic and tragedy, historiography and philosophy, and art and architecture, and she investigates shared conceptions of power in elite literature and everyday life in Roman Pompeii. Examining political culture and thought in early imperial Rome, The Ruler's House confronts the fragility of one-man rule.