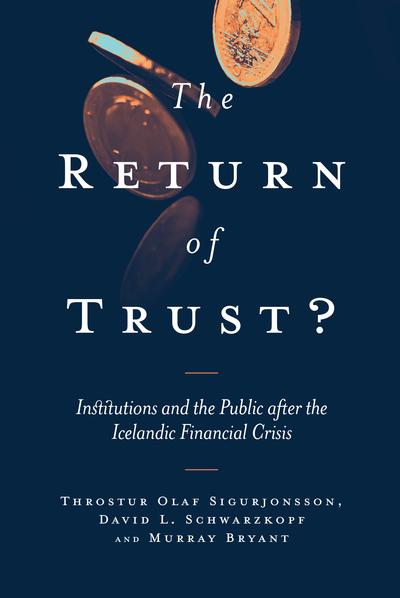 The return of trust?
institutions and the public after the icelandic financial crisis

Trust is the fundamental facilitator between actors in society, yet the past decade has seen the public openly question through demonstrations and elections whether business and political institutions deserve the trust society has placed in them-or whether the common person has been abandoned in favour of organisations and systems that are 'too big to fail'.

The tenth anniversary of the crisis that shook financial markets in the early years of this century provides a chance to reflect on institutions' efforts to regain the trust lost in that debacle. It is particularly instructive to examine the steps that financial and governmental institutions have taken in one of the hardest-hit economies, Iceland. Those who witnessed the crisis and its aftermath know the wrenching effects it had on society, underscored by scepticism toward political and economic institutions.
As the crisis spread almost worldwide, so too did the public's disenchantment. Since Iceland was one of the first societies affected, it has had the most time to work on and chart its recovery. This collection addresses the broad theme of how institutions in the small, close-knit Icelandic society have gone about trying to recapture other institutions' and the public's trust. Insights from these studies expand our understanding of how institutions try to rebuild their relationships with communities in the face of political and economic change in fractured Western societies.