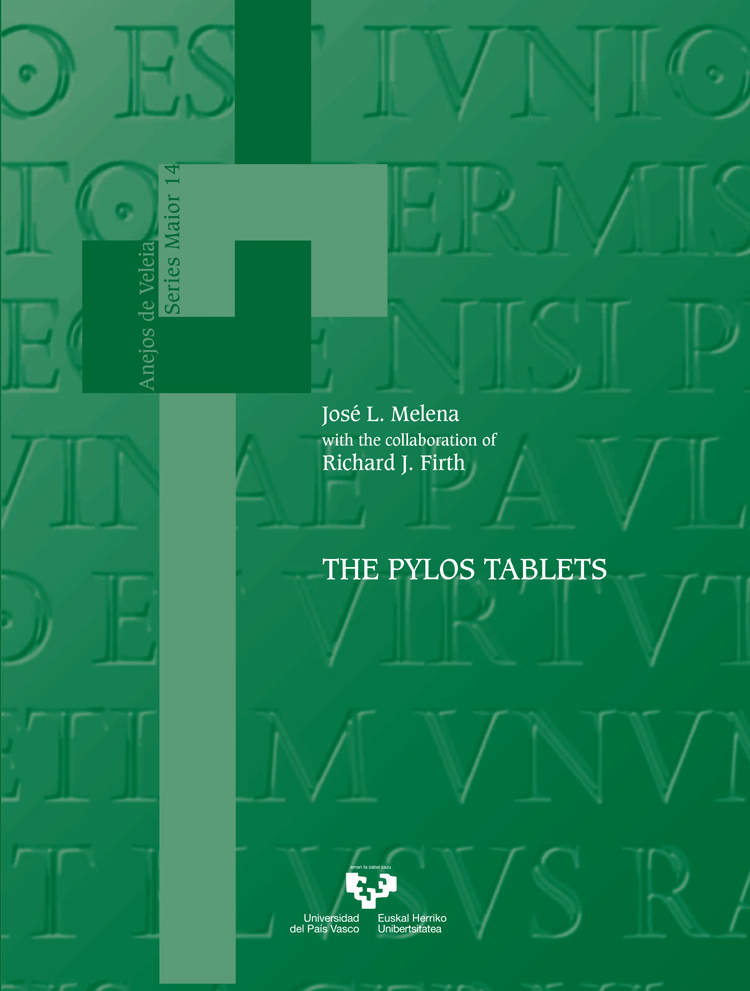 The first full set of inscriptions from Pylos was published as transcriptions in PT I. These inscriptions form the second largest group of written documents in the Mycenaean Greek script, Linear B. However, at that stage, they were referred to as Minoan scripts because of their similarity to the Knossos tablets. In PT I, E.L. Bennett Jr. presented the whole available evidence from Pylos to decipherers. Nevertheless, these transcriptions represented only the basic essentials of the contents of the documents. Whilst anticipating their final publication in the present form, Bennett had perforce omitted much that would have been of value in interpreting the texts. Yet there were advantages arising from this early publication. By making the evidence available to those interested in the Linear B scripts, Bennett brought to bear the resources of archaeologists, philologists, historians, mathematicians, and cryptanalysts on the problem of decipherment, in the hope that, through their combined efforts, a more rapid advance to a solution might be expected.