The power of Gold
the history of an obsession

“The need for realism in reform of its monetary system is what makes Bernstein's story of the Power of Gold so timely. It is a compelling reminder that maintaining a fixed price for gold and fixed exchange rates were difficult even in a simpler financial environment….Peter Bernstein was reluctant to project the story of gold into the future. But to me his message was clear. Yes, gold will be with us, valued not only for its intrinsic qualities but as a last refuge and store of value in turbulent times. But its days as money, as a means of payment and a fixed unit of account are gone." - From the New Foreword by Paul Volcker This bestselling book reveals a record of human nature in the ubiquity of gold with a new foreword by Paul Volcker In this exciting book, the late Peter L. Bernstein tells the story of history's most coveted, celebrated, and inglorious asset: gold. From the ancient fascinations of Moses and Midas through the modern convulsions caused by the gold standard and its aftermath, gold has led many of its most eager and proud possessors to a bad end. And while the same cycle of obsession and desperation may reverberate in today's fast-moving, electronically-driven markets, the role of gold in shaping human history is the striking feature of this tumultuous tale. Such is the power of gold. Whether it is Egyptian pharaohs with depraved tastes, the luxury-mad survivors of the Black Death, the Chinese inventor of paper money, the pirates on the Spanish Main, or the hardnosed believers in the international gold standard, gold has been the supreme possession. It has been an icon for greed and an emblem of rectitude, as well as a vehicle for vanity and a badge of power that has shaped the destiny of humanity through the ages. * Discusses the beginnings of gold as something with magical, religious, and artistic qualities and follows its trail as we progress to the invention of coinage, the transformation of gold into money, and the gold standard * Other bestselling books by the late Peter Bernstein: Against the Gods, Capital Ideas, and Capital Ideas Evolving * Contemplates gold from the diverse perspectives of monarchs and moneyers, potentates and politicians, men of legendary wealth and others of more plebeian beginnings Far more than a tale of romantic myths, daring explorations, and the history of money and power struggles, The Power of Gold suggests that the true significance of this infamous element may lie in the timeless passions it continues to evoke, and what this reveals about ourselves. 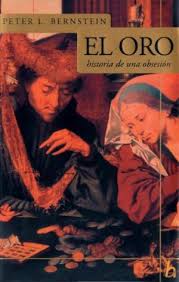 Wedding of the waters

The price of prosperity