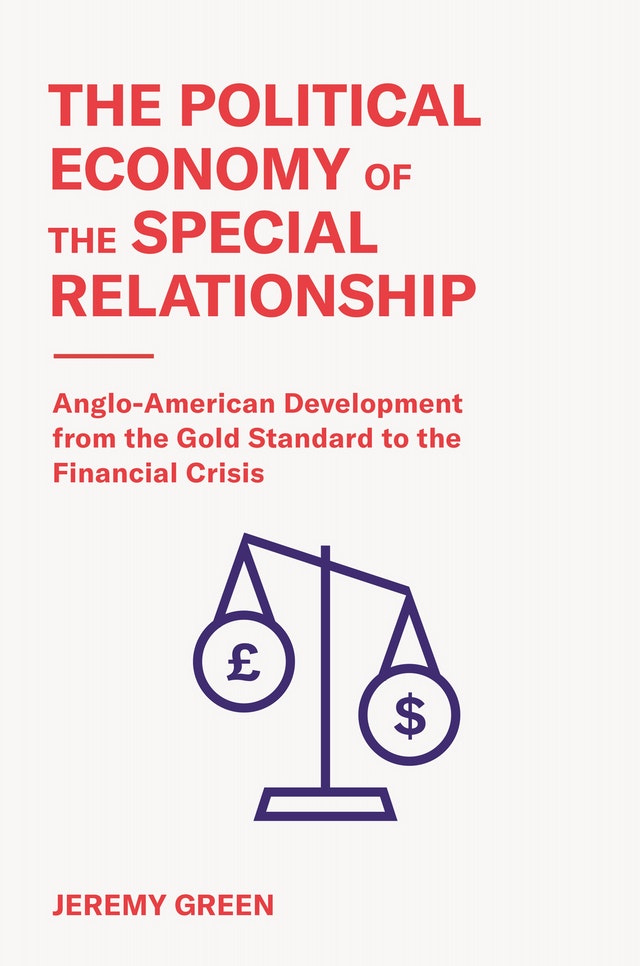 How America’s global financial power was created and shaped through its special relationship with Britain
The rise of global finance in the latter half of the twentieth century has long been understood as one chapter in a larger story about the postwar growth of the United States. The Political Economy of the Special Relationship challenges this popular narrative. Revealing the Anglo-American origins of financial globalization, Jeremy Green sheds new light on Britain’s hugely significant, but often overlooked, role in remaking international capitalism alongside America.

Drawing from new archival research, Green questions the conventional view of international economic history as a series of cyclical transitions among hegemonic powers. Instead, he explores the longstanding interactive role of private and public financial institutions in Britain and the United States—most notably the close links between their financial markets, central banks, and monetary and fiscal policies. He shows that America’s unparalleled post-WWII financial power was facilitated, and in important ways constrained, by British capitalism, as the United States often had to work with and through British politicians, officials, and bankers to achieve its vision of a liberal economic order. Transatlantic integration and competition spurred the rise of the financial sector, an increased reliance on debt, a global easing of regulation, the ascendance of monetarism, and the transition to neoliberalism.

From the gold standard to the recent global financial crisis and beyond, The Political Economy of the Special Relationship recasts the history of global finance through the prism of Anglo-American development.

1. Conceptualizing Anglo-American Development
2. The Great Reversal
3. Bretton Woods and the Keynesian State
4. The Euromarkets and the Crisis of Bretton Woods
5. In the Eye of the Storm
6. Internalizing Discipline
7. A Crisis of Anglo-America
8. From Crisis to Stagnation