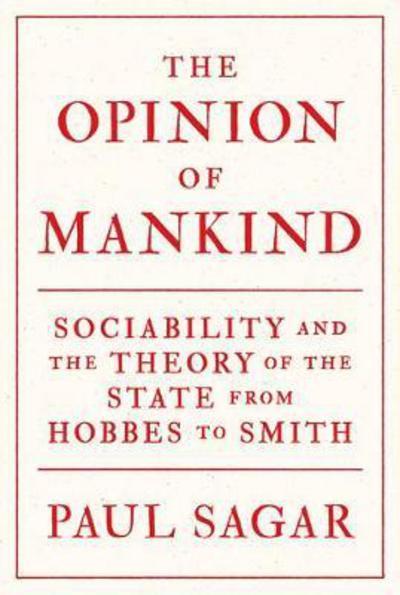 What is the modern state? Conspicuously undertheorized in recent political theory, this question persistently animated the best minds of the Enlightenment. Recovering David Hume and Adam Smith's long-underappreciated contributions to the history of political thought, The Opinion of Mankind considers how, following Thomas Hobbes's epochal intervention in the mid-seventeenth century, subsequent thinkers grappled with explaining how the state came into being, what it fundamentally might be, and how it could claim rightful authority over those subject to its power.

Hobbes has cast a long shadow over Western political thought, particularly regarding the theory of the state. This book shows how Hume and Smith, the two leading lights of the Scottish Enlightenment, forged an alternative way of thinking about the organization of modern politics. They did this in part by going back to the foundations: rejecting Hobbes's vision of human nature and his arguements about our capacity to form stable societies over time. In turn, this was harnessed to a deep reconceptualization of how to think philosophically about politics in a secular world. The result was an emphasis on the "opinion of mankind," the necessary psychological basis of all political organization.

Demonstrating how Hume and Smith broke away from Hobbesian state theory, The Opinion of Mankind also suggests ways in which these thinkers might shape how we think about politics today, and in turn how we might construct better political theory.