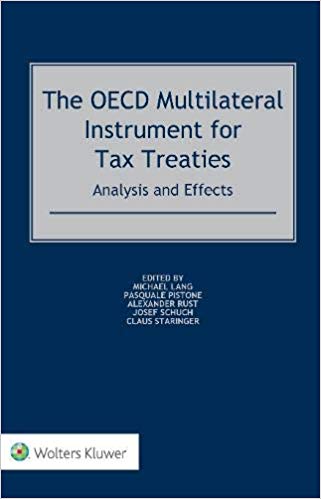 The OECD multilateral instrument for tax treaties
analysis and effects

The OECD Multilateral Instrument for Tax Treaties: Analysis and Effects, as the name suggests, covers the scope, interpretation and relationship of the Multilateral Instrument (MLI) with tax treaties. The MLI for tax treaties proposed in OECD BEPS Action 15 will lead to the modification of numerous tax treaties. As tax treaties can have different wordings, terminologies and structures, a great challenge is to find a proper way to accomplish their modification without distorting the underlying framework or triggering undesirable effects. In light of these challenges, where the tax treaties are being rewritten to include the MLI, this book analyses the MLI which was signed by over seventy jurisdictions on 7 June 2017, explains its practical effects and examines possible future developments.