The Nobel factor
the prize in economics, social democracy, and the market turn

Economic theory may be speculative, but its impact is powerful and real. Since the 1970s, it has been closely associated with a sweeping change around the world—the “market turn.” This is what Avner Offer and Gabriel Söderberg call the rise of market liberalism, a movement that, seeking to replace social democracy, holds up buying and selling as the norm for human relations and society. Our confidence in markets comes from economics, and our confidence in economics is underpinned by the Nobel Prize in Economics, which was first awarded in 1969. Was it a coincidence that the market turn and the prize began at the same time? The Nobel Factor, the first book to describe the origins and power of the most important prize in economics, explores this and related questions by examining the history of the prize, the history of economics since the prize began, and the simultaneous struggle between market liberals and social democrats in Sweden, Europe, and the United States.

The Nobel Factor tells how the prize, created by the Swedish central bank, emerged from a conflict between central bank orthodoxy and social democracy. The aim was to use the halo of the Nobel brand to enhance central bank authority and the prestige of market-friendly economics, in order to influence the future of Sweden and the rest of the developed world. And this strategy has worked, with sometimes disastrous results for societies striving to cope with the requirements of economic theory and deregulated markets.

Drawing on previously untapped Swedish national bank archives and providing a unique analysis of the sway of prizewinners, The Nobel Factor offers an unprecedented account of the real-world consequences of economics—and its greatest prize.

ÍNDICE:
List of Figures and Table viii
List of Abbreviations xi
List of Nobel Prize Winners in Economics, 1969-2015 xiii
Preface and Acknowledgments xv
Introduction 1
1 Imaginary Machines 16
2 A Prize in 'Economic Sciences' 42
3 Bitter Roots: Finance and Social Democracy between the Wars 68
4 The Riksbank Endows a Nobel Prize 89
5 Does Economics Have a Political Bias? 107
6 Individual Reputations (with Samuel Bjork) 125
7 Nobel Economics and Social Democracy 149
8 Models into Policy: Assar Lindbeck and Swedish Social Democracy 174
9 Swedosclerosis or Pseudosclerosis? Sweden in the 1980s 198
10 The Real Crisis: Not Work Incentives but Runaway Credit 220
11 Beyond Scandinavia: Washington Consensus to Market Corruption 230
Conclusion: Like Physics or Like Literature? 259
Bibliography 279
Index 309

Why has the public sector grown so large in market societies? 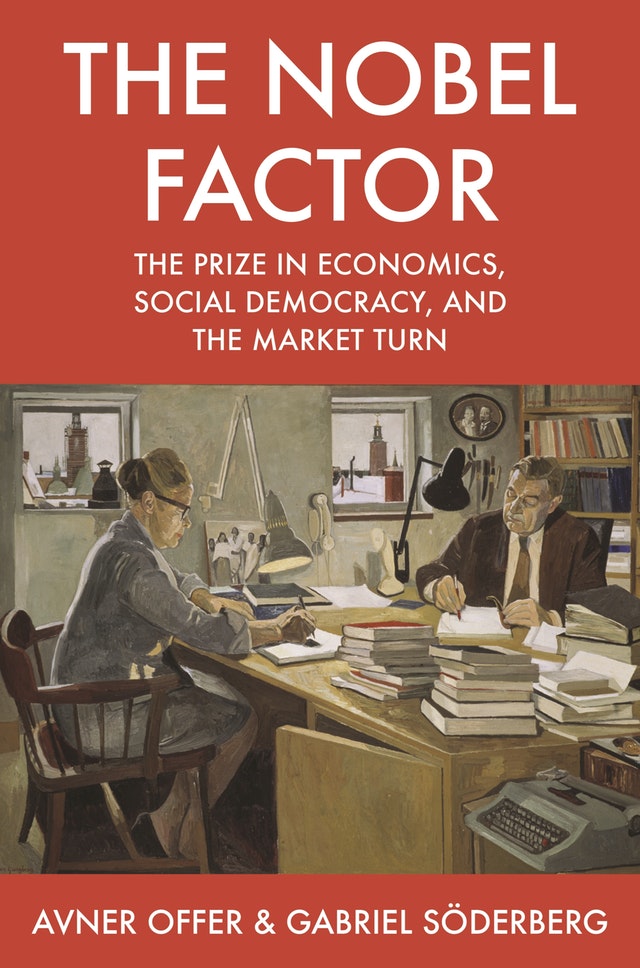