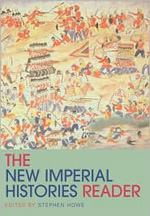 Edited by Stephen Howe. In recent years, imperial history has experienced a newfound vigour, dynamism and diversity. There has been an explosion of new work in the field, which has been driven into even greater prominence by contemporary world events. However, this resurgence has brought with it disputes between those who are labelled as exponents of a 'new imperial history' and those who can, by default, be termed old imperial historians. This collection not only gathers together some of the most important, influential and controversial work which has come to be labelled 'new imperial history', but also presents key examples of innovative recent writing across the broader fields of imperial and colonial studies.