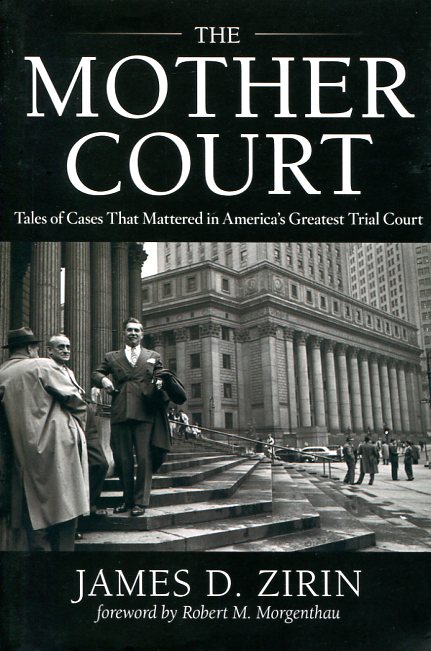 This is the first book to chronicle the history of the US District Court for the Southern District of New York, the most influential District court in the United States, from the perspective of a practicing attorney who has argued many cases before some of its most esteemed judges. It gives first-hand insight into the evolution of our justice system-where it has been, where it is now and where it is going. It provides an anatomy of what a trial is all about in an American courtroom, featuring the most famous trials of the period in the greatest court in the nation. It gives the reader a taste of what the storied judges of the period- Weinfeld, Murphy, Mansfield, Tyler, Motley and Palmieri, to name a few-were all about, how they thought, how they judged, and why they were the worthy keepers of our sacred right to justice, as well as the historical traditions of the Court.