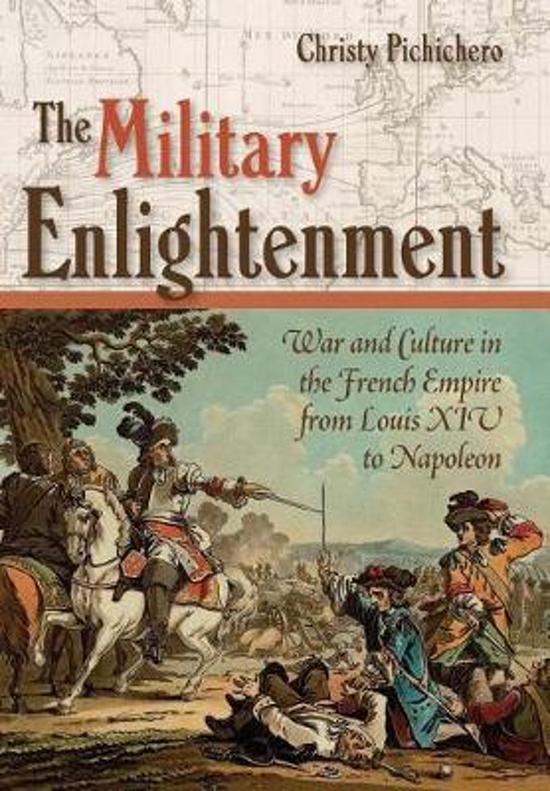 The Military Enlightenment brings to light a radically new narrative both on the Enlightenment and the French armed forces from Louis XIV to Napoleon. Christy Pichichero makes a striking discovery: the Geneva Conventions, post-traumatic stress disorder, the military "band of brothers," and soldierly heroism all found their antecedents in the eighteenth-century French armed forces. From Louis XIV through Napoleon, from Canada to the Caribbean and India, the military was one of the few institutions of the Old Regime to transform progressive theories into practice, actually operationalizing the Enlightenment.

Pichichero isolates and examines a crisis in consciousness that has characterized attitudes toward war from the eighteenth century until today. The demands of global political power warrant an ever more formidable and efficient fiscal-military state, and at the same time, awareness of the "human factor" generates the desire to minimize the devastation of war on cities and landscapes, and civilians, as well as the mind, body, and heart of the soldier. Readers of The Military Enlightenment will be startled to learn of the many ways in which French military officers, administrators, and medical personnel advanced ideas of human and political rights, military psychology, and social justice.