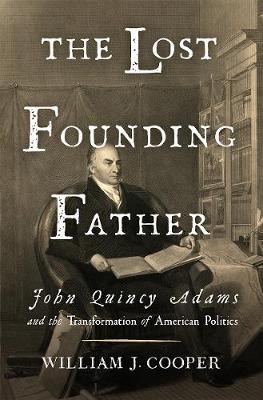 Largely written out of American history, this book argues that John Quincy Adams is, in fact, a lost Founding Father.

Overshadowed by both his brilliant father and the brash and bold Andrew Jackson, John Quincy Adams has long been dismissed as hyper-intellectual. Viciously assailed by Jackson and his populist mobs for being both slippery and effete, Adams nevertheless recovered from the malodorous 1828 presidential election to lead the nation as a lonely Massachusetts congressman in the fight against slavery. Now, William J. Cooper insightfully demonstrates that Adams should be considered a lost Founding Father, his moral and political vision the final link to the great visionaries who created the American nation. This game-changing biography reveals Adams to be one of the most battered but courageous and inspirational politicians in American history.