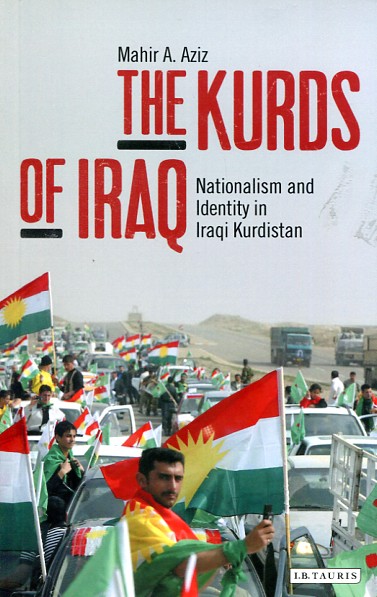 The kurds of Iraq
nationalism and identity in Iraqi kurdistan

Over ninety years since their absorption into the modern Iraqi state, the Kurdish people of Iraq still remain an apparent anomaly in the modern world - a nation without a state. In 'The Kurds of Iraq', Mahir Aziz explores this incongruity, and asks the pertinent questions, who are the Kurds today? What is their relationship to the Iraqi state? How do they perceive themselves and their prospective political future? And in what way are they crucial for the stability of the Iraqi state? In the wake of the Gulf War of 1991 in the face of the Iraqi state, the Kurds endeavoured to create a de facto state and to concretise and stabilise the institutions that would enable this. 'The Kurds of Iraq' thus examines the creation, evolution and development of Kurdish nationalism despite the suppression of its political and cultural manifestations. Through extensive interviews in the field, Aziz assesses the impact of recent history on the complex process of identity formation amongst Kurdish students at three of the nation's leading universities. He provides an in depth examination of students' socio-economic backgrounds, and their thoughts on and experiences of what it means to be Kurdish in the modern Iraqi state, and the impact this has on their perception of their language, culture and religion. Aziz's invaluable and extensive field research furthermore serves as a point of departure for an investigation into the relationship between national identity and historical memory in Iraqi Kurdistan and beyond. He thus analyses wider issues of the intersection and interdependency of national, regional, ethnic, tribal and local identities. He thus constructs an intimate portrait of the Kurds of Iraq, which will provide an important insight for students and researchers of the Middle East and for those interested the important issues of nationalism and ethnic identity in the modern nation state, and the impact these issues have on the stability of Iraq itself.