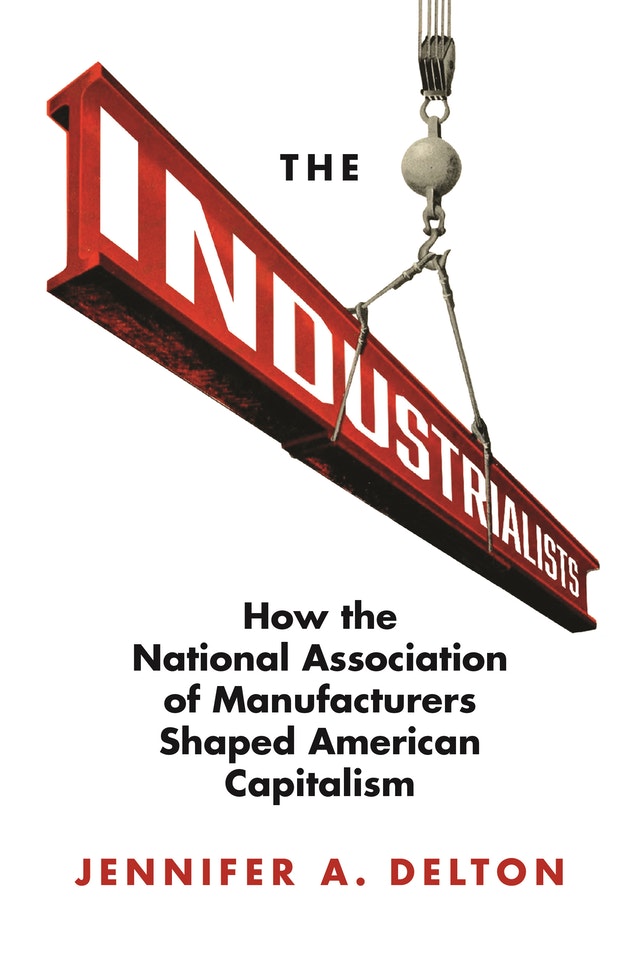 The industrialists
how the National Association of Manufacturers shaped American capitalism

Founded in 1895, the National Association of Manufacturers—NAM—helped make manufacturing the basis of the US economy and a major source of jobs in the twentieth century. The Industrialists traces the history of the advocacy group from its origins to today, examining its role in shaping modern capitalism, while also highlighting the many tensions and contradictions within the organization that sometimes hampered its mission.

In this compelling book, Jennifer Delton argues that NAM—an organization best known for fighting unions, promoting “free enterprise,” and defending corporate interests—was also surprisingly progressive. She shows how it encouraged companies to adopt innovations such as safety standards, workers’ comp, and affirmative action, and worked with the US government and international organizations to promote the free exchange of goods and services across national borders. While NAM’s modernizing and globalizing activities helped to make American industry the most profitable and productive in the world by midcentury, they also eventually led to deindustrialization, plant closings, and the decline of manufacturing jobs.

Taking readers from the Progressive Era and the New Deal to the Reagan Revolution and the Trump presidency, The Industrialists is the story of a powerful organization that fought US manufacturing’s political battles, created its economic infrastructure, and expanded its global markets—only to contribute to the widespread collapse of US manufacturing by the close of the twentieth century.