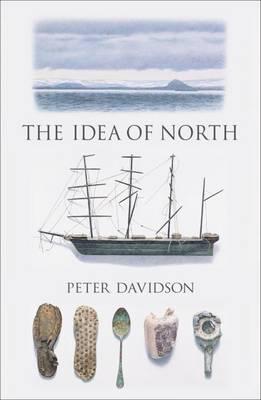 The idea of North

While a compass might tell us which direction we are going, there is really only one direction to which it ever points: north. North is the ultimate point of orientation, but it is also a celebrated destination for the adventurous, the curious, the solitary, and the foolhardy. In this fascinating book-updated in this accessible, pocket edition-Peter Davidson explores the concept of "north" through its many manifestations in painting, legend, and literature. Arctic bound, Davidson takes the reader on a journey from the heart of society to the most far-flung outposts of human geography, packing in our rucksacks a treasure trove of stories and artworks, from the Icelandic Sagas to Nabokov's snowy kingdom of Zembla, from Hans Christian Andersen's forbidding Snow Queen to the works of artists such as Eric Ravilious, Ian Hamilton Finlay, and Andy Goldsworthy. He celebrates the different ways our artists and writers have illuminated our relationship with the earth's most dangerous and austere terrain. Through Davidson's astonishing but inviting erudition, we ultimately come to see north as a permanent goal, frozen forever on a horizon we never seem to quite reach.