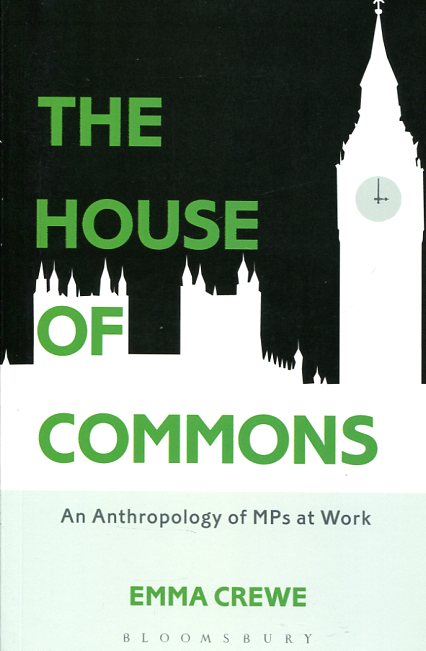 The house of commons
an anthropology of MPs at work

The House of Commons is one of Britain's mysterious institutions: constantly in the news yet always opaque. In this ground-breaking anthropological study of the world's most famous parliament, Emma Crewe reveals the hidden mechanisms of parliamentary democracy. Examining the work of Members of Parliament - including neglected areas such as constituencies and committees - this book provides unique insights into the actual lives and working relationships of parliamentarians. 'Why do the public loathe politicians but often love their own MP?' the author asks. The antagonistic facade of politics irritates the public who tend to be unaware that, backstage, democracy relies on MPs consulting, compromising and cooperating across political parties far more than is publicly admitted. As the book shows, this is only one of myriad contradictions in the labyrinths of power. Based on unprecedented access and two years of interviews and research in the Palace of Westminster and MPs' constituencies, The House of Commons: An Anthropology of MPs at Work challenges the existing scholarship on political institutions and party politics. Moving beyond the narrow confines of rational choice theory and new institutionalism, Emma Crewe presents a radical alternative to the study of British politics by demonstrating that all of its processes hinge on culture, ritual and social relations. A must-read for anyone interested in political anthropology, politics, or the Westminster model.