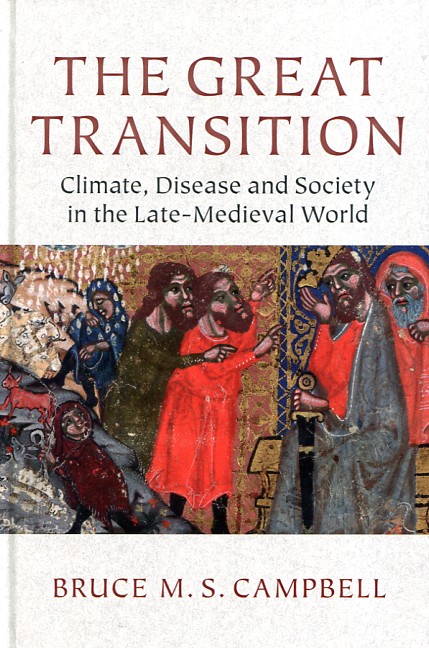 The great transition
climate, disease and society in the late Medieval World

In the fourteenth century the Old World witnessed a series of profound and abrupt changes in the trajectory of long-established historical trends. Transcontinental networks of exchange fractured and an era of economic contraction and demographic decline dawned from which Latin Christendom would not begin to emerge until its voyages of discovery at the end of the fifteenth century. In a major new study of this 'Great Transition', Bruce Campbell assesses the contributions of commercial recession, war, climate change, and eruption of the Black Death to a far-reaching reversal of fortunes from which no part of Eurasia was spared. The book synthesises a wealth of new historical, palaeo-ecological and biological evidence, including estimates of national income, reconstructions of past climates, and genetic analysis of DNA extracted from the teeth of plague victims, to provide a fresh account of the creation, collapse and realignment of Western Europe's late medieval commercial economy.