The great debate
Edmund Burke, Thomas Paine, and the birth of right and left

For more than two centuries, our political life has been divided between a party of progress and a party of conservation. In The Great Debate, Yuval Levin explores the origins of the left/right divide by examining the views of the men who best represented each side of that debate at its outset: Edmund Burke and Thomas Paine. In a groundbreaking exploration of the roots of our political order, Levin shows that American partisanship originated in the debates over the French Revolution, fueled by the fiery rhetoric of these ideological titans. Levin masterfully shows how Burke's and Paine's differing views, a reforming conservatism and a restoring progressivism, continue to shape our current political discourse--on issues ranging from abortion to welfare, education, economics, and beyond. Essential reading for anyone seeking to understand Washington's often acrimonious rifts, The Great Debate offers a profound examination of what conservatism, liberalism, and the debate between them truly amount to. 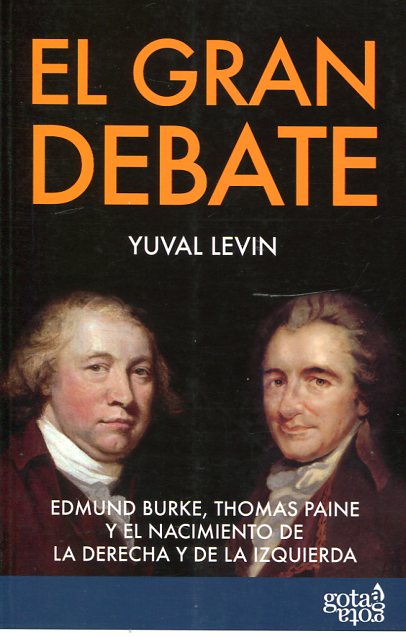