The global economic system since 1945

Economic theory in modern times imagines a giant clockwork of events, with economists attempting to find the perfect mathematical model of a mechanical movement. The real world is manifestly more complex and unpredictable than the internal workings of a machine, and this may be why conventional economic theories are far more accurate in retrospect. Larry Allen#s book, by contrast, recognizes and avoids the inherent limitations of mathematical models; his ground-breaking work in no way shuns economic theory, but rather uses it as a framework within which to re-evaluate and offer cogent new interpretations of world economic history from 1945 to the present day. The book describes how, from the end of World War II until the 1970s, powerful corporations began to lobby governments in an effort to reduce the perceived constraints of regulation. Following the difficulties of the 1970s these voices were increasingly influential, governments worldwide taking on free-market policies, dismantling the scaffolding of economic regulation and promoting the virtues of free-enterprise capitalism. The Global Economic System Since 1945 offers a fresh synthesis of economic history and theory. It will prove instructive to the specialist, who will find it a useful reminder that all sides of the economy cannot be seen from a single angle. It will also interest the general reader looking for an impartial description of the current state of the global economy, as well as hints and clues about what to look for when scanning the economic horizon for signs of inclement weather. 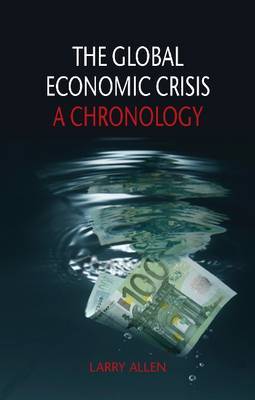