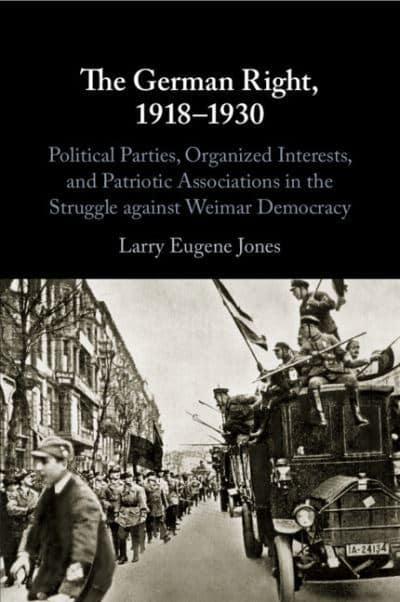 The German Right, 1918-1930
Political Parties, Organized Interests, and Patriotic Associations in the Struggle Against Weimar Democracy

The failure of the Weimar Republic and the rise of National Socialism remains one of the most challenging problems of twentieth-century European history. The German Right, 1918-1930 sheds new light on this problem by examining the role that the non-Nazi Right played in the destabilization of Weimar democracy in the period before the emergence of the Nazi Party as a mass party of middle-class protest. Larry Eugene Jones identifies a critical divide within the German Right between those prepared to work within the framework of Germany's new republican government and those irrevocably committed to its overthrow. This split was only exacerbated by the course of German economic development in the 1920s, leaving the various organizations that comprised the German Right defenceless against the challenge of National Socialism. At no point was the disunity of the non-Nazi Right in the face of Nazism more apparent than in the September 1930 Reichstag elections.