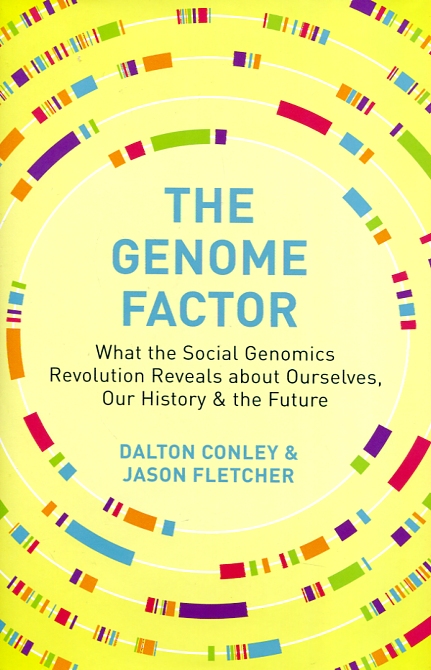 The genome factor
what the social genomics revolution reveals about ourselves, our history and the future

For a century, social scientists have avoided genetics like the plague. But the nature-nurture wars are over. In the past decade, a small but intrepid group of economists, political scientists, and sociologists have harnessed the genomics revolution to paint a more complete picture of human social life than ever before. The Genome Factor describes the latest astonishing discoveries being made at the scientific frontier where genomics and the social sciences intersect. The Genome Factor reveals that there are real genetic differences by racial ancestry--but ones that don't conform to what we call black, white, or Latino. Genes explain a significant share of who gets ahead in society and who does not, but instead of giving rise to a genotocracy, genes often act as engines of mobility that counter social disadvantage. An increasing number of us are marrying partners with similar education levels as ourselves, but genetically speaking, humans are mixing it up more than ever before with respect to mating and reproduction.