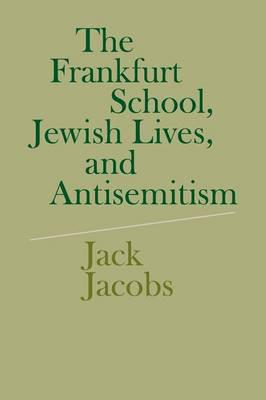 The history of the Frankfurt School cannot be fully told without examining the relationships of Critical Theorists to their Jewish family backgrounds. Jewish matters had significant effects on key figures in the Frankfurt School, including Max Horkheimer, Theodor W. Adorno, Erich Fromm, Leo Lowenthal and Herbert Marcuse. At some points, their Jewish family backgrounds clarify their life paths; at others, these backgrounds help to explain why the leaders of the School stressed the significance of antisemitism. In the post-Second World War era, the differing relationships of Critical Theorists to their Jewish origins illuminate their distinctive stances toward Israel. This book investigates how the Jewish backgrounds of major Critical Theorists, and the ways in which they related to their origins, impacted upon their work, the history of the Frankfurt School, and differences that emerged among them over time.