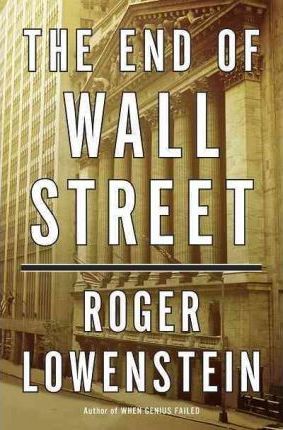 The end of Wall Street

In The End of Wall Street Roger Lowenstein unfurls a chronicle of the 2008 financial collapse. He looks to the roots of the crisis to reveal how America yielded to the siren song of easy debt and speculative mortgages. He shatters the widespread belief that the crisis began or reached a critical mass only with the failure of Lehman Brothers; instead, he shows that American homeowners, banking, and finance were in a numbing crisis for at least a year before the events of September 2008. In Lowenstein's telling, the crisis upended the central tenets of the new finance - notably, that Wall Street was capable of calibrating its risk and that markets were able to regulate themselves. As such illusions were exposed, Wall Street suffered its worst breakdown in modern times. Banks wouldn't lend; companies could not refinance. Millions of Americans were threatened with losing their homes. The economy, when it fully caught Wall Street's chill, retrenched as it had not done since the Great Depression. Confidence in America's market system, thought to have attained the pinnacle of laissez-faire perfection, was shattered. The massive government interventions that followed evidenced both the failure of an ideology and the eclipse of Wall Street's golden age. The narrative begins with Angelo Mozilo, the Johnny Appleseed of subprime mortgages, who spread toxic loans across the landscape like wild crabapples. It moves on to the critical distinction (lost on Wall Street firms such as Lehman) between liquidity and capital, and to a damning explication of how rating agencies helped gift-wrap suspect loans in the guise of triple-A paper and a takedown of the academic formulas that - once again - proved the ruin of investors and banks. The banks modeled future default rates (and everything else) as though history could provide the odds with scientific certainty - as precisely as in dice or cards. But markets as the events of September 2008 made clear - are different from games of chance. 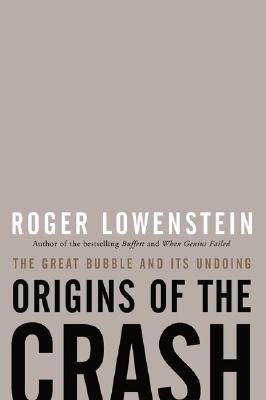 Origins of the crush 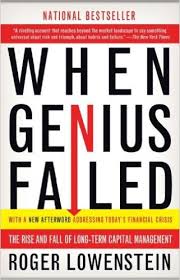