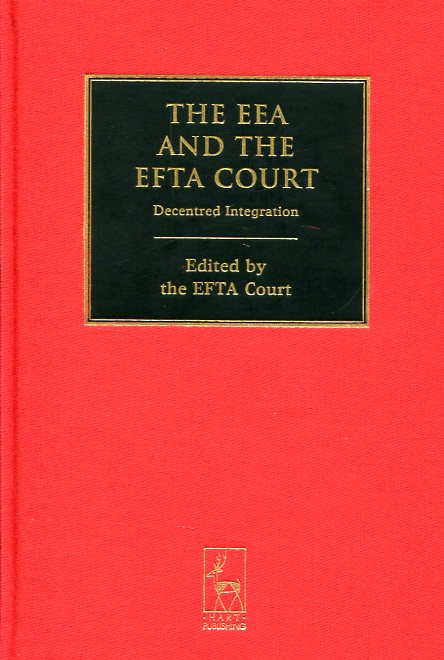 The EEA L and the EFTA Court
decentred integration

The EEA Agreement extends the free movement of persons, goods, services and capital to the EEA/EFTA States, Iceland, Liechtenstein and Norway. It provides fair competition and abolishes discrimination on grounds of nationality in all 31 EEA States. The successful operation of the EEA depends upon a two-pillar system of supervision involving the European Commission and the EFTA Surveillance Authority. A two-pillar structure has also been established in respect of judicial control; the EFTA Court operates in parallel to the Court of Justice of the European Union. The EFTA Court, which celebrates its 20th anniversary in 2014, has jurisdiction with regard to EFTA States which are parties to the EEA Agreement. The jurisdiction of the EFTA Court mainly corresponds to the jurisdiction of the Court of Justice of the European Union over EU States. The EFTA Court consists of three Judges, one nominated by each of the EFTA States party to the EEA Agreement. The essays in this collection, assembled to celebrate the 20 year landmark, review the successes and shortcomings of the Court, its interface with EU law, and the prospects for its future development.

Edited by the EFTA Court.