The dynamic Constitution
an introduction to american constitutional Law

In this book Harvard law professor Richard H. Fallon introduces non- lawyers to the workings of American Constitutional Law. He writes with clarity and vigor about leading constitutional doctrines and issues, including the freedom of speech, the freedom of religion, the guarantee of equal protection, rights to fair procedures, and rights to privacy and sexual autonomy. Along the way, Fallon describes many of the fascinating cases and personalities that have shaped constitutional law. He shows how historical, cultural, and other factors have influenced constitutional ajudication, making clear the dynamic nature of the Constitution. For both the courts and the American people, Fallon argues, the Constitution must serve as a dynamic document that adapts to the changing conditions inherent in human affairs. Fallon goes on to defend dynamic constitutionalism by confronting head on the concerns that some critics have raised. 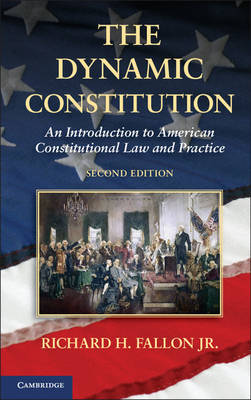 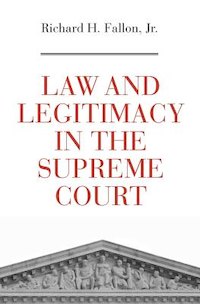 Law and legitimacy in the Supreme Court